2. A place where students can learn relevant and applicable teaching from the bible. Whether a student knows everything about the bible or thought David and Goliath was a story about a boy and his dog, anyone can come and will learn something!

3. Every Sunday at 10am in the RevCenter.

EVERY MONTH WE BASE OUR TEACHING AROUND MONTHLY SERIES THAT DEAL WITH EVERY DAY ISSUES LIKE RELATIONSHIPS, EMOTIONS, INSECURITIES, SEX, AND SO MUCH MORE. YOU DEFINITELY DON’T WANT TO MISS OUT ON ANY OF OUR SERIES. 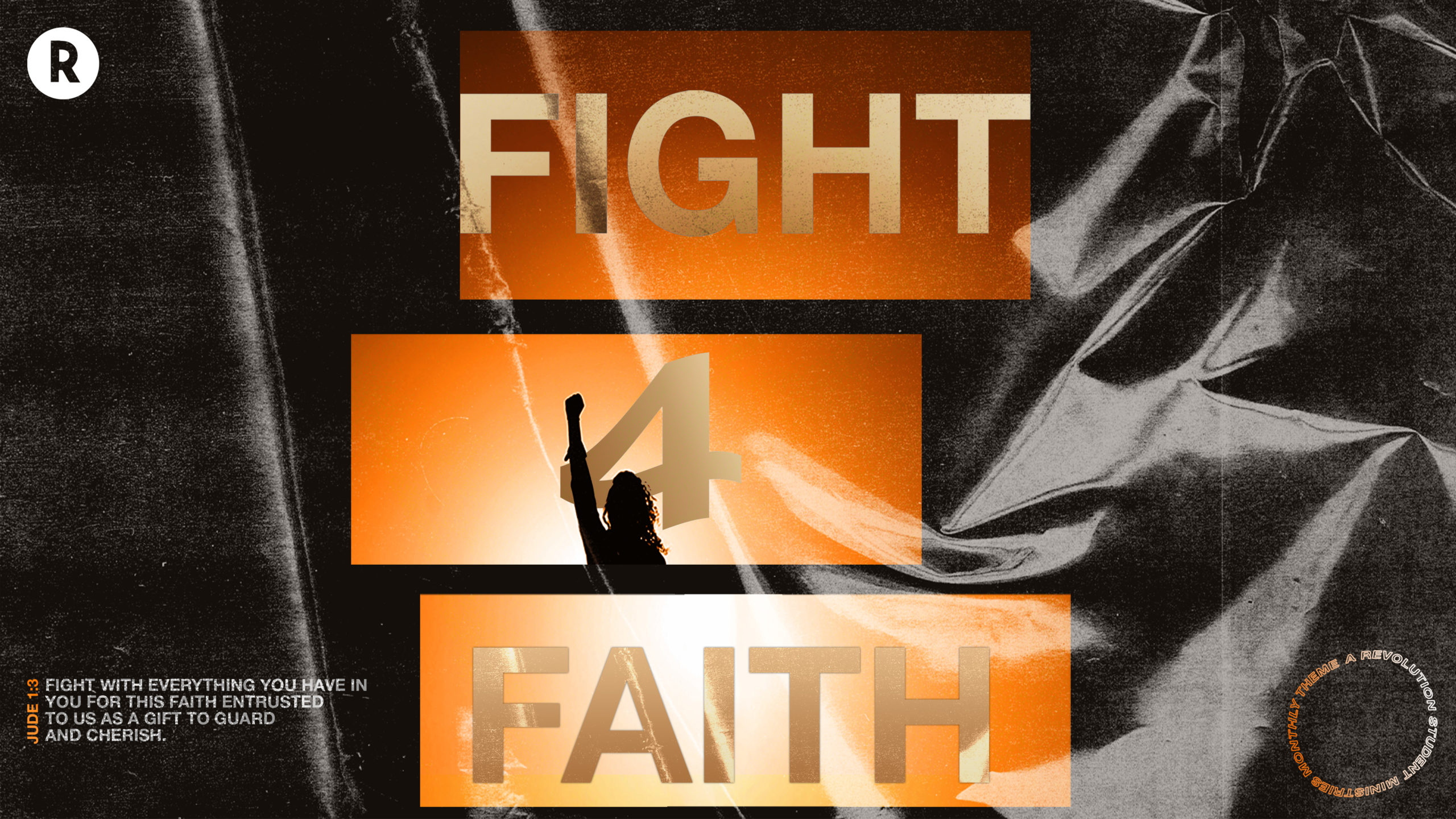 Nowadays, people get into fights for so many different reasons. People fight for land and for money. They will fight for glory and even get into fights for love. Probably, the scariest fight a person could get into is a fight for their life. People will go to far extremes when they feel that their life is at stake. However, there is a fight that is so much more important than the fight for our lives. There is a fight that has eternal consequences. This fight doesn’t involve fists or physical weapons. This fight doesn’t demand speed or athleticism. This fight requires study, devotion, and a love for truth. This is the fight for faith.

In only 461 words, Jude wastes no time in exposing lies and calling out people who were teaching false doctrine. Jude lets us know that we are in a fight whether we want to be or not and it is up to us to know what is right and what it is wrong. We are still in the same fight thousands of years later and our enemy still uses the same methods. As Apostolic students, the Bible has given us a mandate to earnestly fight for the faith and that is what we intend to do!

During this theme our desire is to give students the knowledge and application tools they will need to stand strong in the faith that is communicated through the word of God!

WE WOULD LOVE FOR YOU TO JOIN US

EVERY SUNDAY. 10AM. @ the REVCENTER (upstairs youth rooms)